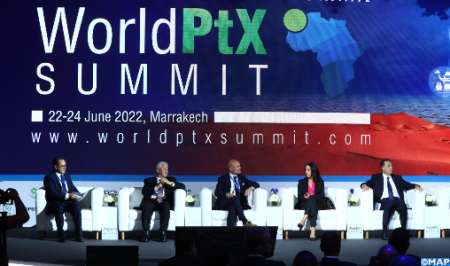 Rabat – Several partnership agreements in the field of green hydrogen were signed in Marrakech, on the sidelines of the second edition of the “World Power-to-X Summit” that kicked off on Wednesday.

These partnership agreements aim to promote research and innovation on green hydrogen and seize the opportunities offered by this economic and industrial sector to consolidate Morocco’s energy transition.

The first agreement was signed between the Green H2 Cluster, the Mouvement des Entreprises de France (MEDEF) and the Moroccan Employers’ Association (CGEM). It aims to promote bilateral cooperation and establish partnerships between the business communities of France and Morocco in the field of hydrogen and its derivatives.

The second agreement was signed between the Institute of Research in Solar Energy and New Energies (IRESEN) and the Hydrogen Center of the Sultanate of Oman, with the objective of initiating collaboration in applied research and training on the hydrogen value chain.

The third agreement was initialed by the Green Energy Park (GEP), the Moroccan Storage Company (SOMAS), the Ibn Tofail University (UIT) and the National Office of Hydrocarbons and Mines (ONHYM). It aims at establishing a collaboration agreement under the MELHY research project “Feasibility study of hydrogen storage in saline cavities.”

The fourth partnership agreement was concluded by the IRESEN and the National Agency of Ports (ANP) with the objective of providing support and technical assistance in the field of green hydrogen and its derivatives.

The fifth agreement was concluded between the IRESEN and the Regional Investment Center (CRI) of Guelmim Oued-Noun in the area of green hydrogen and its derivatives.

The second edition of the “World Power-to-X Summit” (PTX22) sees the participation of a host of policymakers, industrialists and experts from over thirty countries.

Organized by the IRESEN, in partnership with the Mohammed VI Polytechnic University (UM6P), this event will run until June 24. 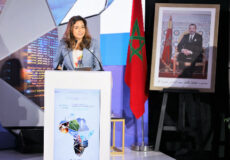