​
newsSpain Experiencing Driest Months Ever amid Lack of Rain 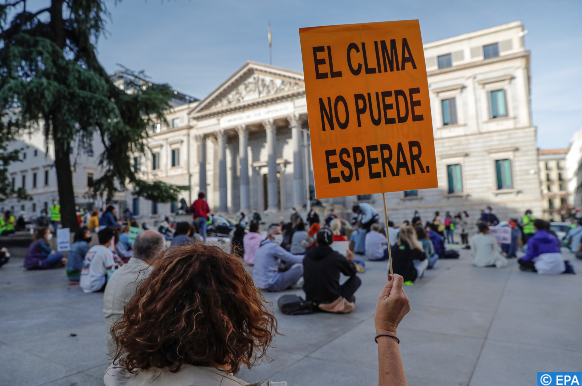 Madrid – The months of May, June and July 2022 were the driest quarter ever recorded in Spain since statistics began 57 years ago.

With the exception of March and April, this year has been characterized so far by a particular lack of precipitation, according to the State Meteorological Agency (AEMET).

Precipitation in July has not even reached half of normal, with nine liters per square meter throughout Spain, said the spokesman for AEMET, Rubén del Campo, stating that the meteorological drought index at the end of the seventh month should be “similar or even higher than that of June.”

Santiago de Compostela collected between May and July 159 liters per square meter, 36% less than normal. It has been more than two weeks since it rained in the Galician capital. Valladolid, meanwhile, recorded 62% less than the usual average and the city remained dry for 16 days until August 2.

Precipitation in Madrid has “not even reached a fifth of normal” during this quarter, said Del Campo. In Ciudad Real, precipitation was practically zero, he added. In fact, it seems that August is following the same path.

Since the beginning of the year, 367 forest fires have destroyed in Spain more than 235,000 hectares, the highest figure for a country in the European Union.