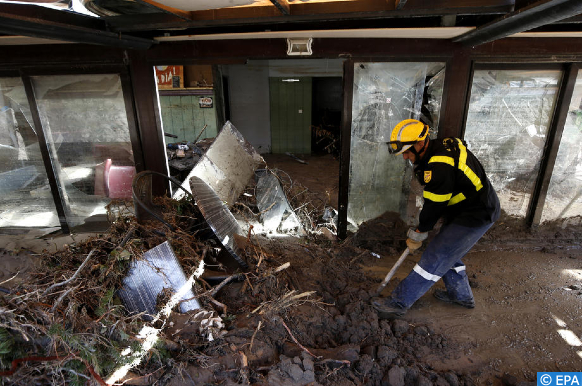 In an urgent call for countries to prepare better for all catastrophic events – from earthquakes and tsunamis to biological threats such as the new coronavirus – data from the UNDRR indicates that wealthy nations have done little to tackle the harmful emissions that are linked to climate threats which make up the bulk of disasters today.

“Disaster management agencies have succeeded in saving many lives through improved preparedness and the dedication of staff and volunteers. But the odds continue to be stacked against them, in particular by industrial nations that are failing miserably on reducing greenhouse gas emissions,” said Mami Mizutori, UNDRR chief, and Special Representative of the Secretary-General for Disaster Risk Reduction.

According to the UNDRR report – produced with Belgium’s Centre for Research on the Epidemiology of Disasters at UCLouvain – approximately 1.23 million people died (60,000 per year) with more than four billion affected in total.

Although better recording and reporting of disasters may help explain some of the increase in the last two decades, researchers insisted that the significant rise in climate-related emergencies was the main reason for the spike, with floods accounting for more than 40 % of disasters – affecting 1.65 billion people – storms 28%, earthquakes (8%) and extreme temperatures (6%).

Currently, the world is on course for a temperature increase of 3.2 degrees Celsius or more, unless industrialized nations can deliver reductions in greenhouse gas emissions of at least 7.2% annually over the next 10 years in order to achieve the 1.5 degree target agreed in Paris.