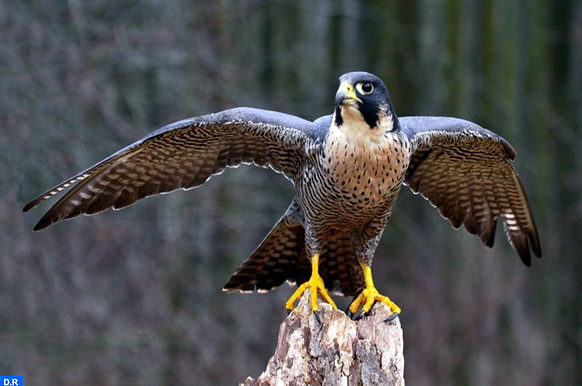 Casablanca – Four Peregrine Falcon eggs have hatched in an artificial nesting box placed on the 12th floor of the Hassan II Mosque in Casablanca, marking the successful efforts to settle the species on this landmark to combat the proliferation of pigeons through a nature-based solution.

The project is a collaboration between the Moroccan Association for the Protection of Birds of Prey (AMPR) and the Perliagro company (Pest control), an AMPR statement said.

A nesting box especially designed to attract Peregrine Falcons that have been seen in the surroundings of the mosque was set up on October 27, 2019, under this projet; a first in Morocco and the Arab world.

The Peregrine Falcon is a Moroccan heritage species that has long been used in falconry. This predatory bird of prey is also considered as the fastest species in the Animal Kingdom as it can reach up to 320km/h.