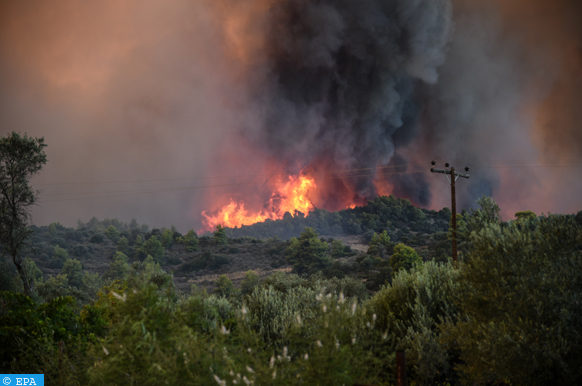 Taza – Some 400 hectares of land were destroyed on Friday by the wildfire that broke out in the Bab Azhar forest in the province of Taza, local sources said.

No human loss was reported, while 420 residents of eight villages have been evacuated for their safety.

The same source noted that the intervention capacities have been strengthened and human, technical and logistical resources have been expanded to control the fire.

Hundreds of members of the Royal Armed Forces, the Gendarmerie Royale, the Civil Protection, the Auxiliary Forces, the National Agency for Water and Forests, and local authorities, are mobilized to contain the fire that broke out Thursday morning in the Bab Azhar forest.

The wildfires, the spread of which was favored by high temperatures and strong winds, have affected the forest cover composed mainly of conifers and secondary plant types. 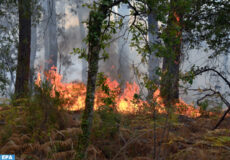