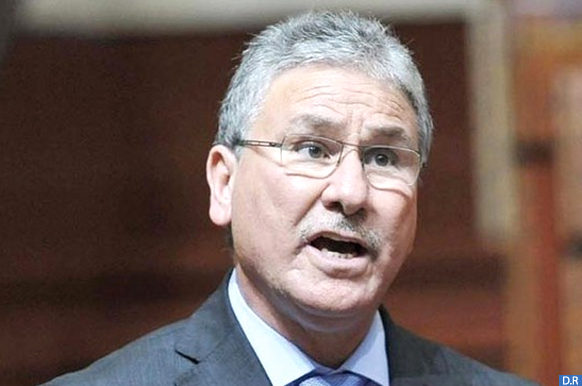 Climate Change is Responsible for 250,000 Premature Deaths Each Year Between 2030-2050 (Health Minister)

Marrakesh – Climate change is responsible for 250,000 premature deaths each year and contributes to the worsening of morbidity related to extreme weather between 2030 and 2050, said, Wednesday in Marrakesh, Moroccan Health Minister El Houssaine Louardi.

This universal phenomenon is one of the factors that contributes to the emergence and re-emergence of vector-borne diseases, malnutrition and respiratory infections and allergies, said Louardi in speech read on his behalf at a meeting on the relationship between health and climate change, held Wednesday at the Moroccan Pavilion site “Bab Ighli,” which hosts COP22 events (7-18 November).

To address these risks, the World Health Organization (WHO) adopted in 2008 Resolution WHA51.29 on the health protection against the threats of climate change and depletion of stratospheric ozone, said the Minister, adding that this resolution calls on countries to develop adaptation plans of the health sector to climate change and to strengthen the capacity of health systems.

After hailing the “interest” that the Paris Agreement on climate has given to the health dimension of climate change, Louardi noted that it remains important to stress the fact that less than 1.5 pc of international funding for adaptation to climate change is currently allocated to health projects.

For his part, the WHO representative in Morocco, Yves Souteyrand, said that each year a total of 12.5 million people die for reasons related to the environment.

“We are currently in a very worrying situation in the relationship between health and climate change, which requires quick and urgent action,” he insisted, calling for increasing the resilience of health systems to better monitor diseases and allow the health sector to have access to climate funding.

To remedy this situation, the WHO and the Moroccan and French governments have identified a number of priorities on which member states must work to address the effects of climate change on public health, Souteyrand said.