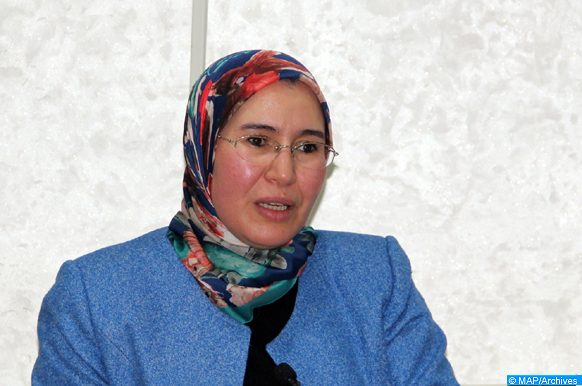 On this occasion, El Ouafi, as well as the members of the ARFSD Bureau, informed Songwe of the action plan adopted at the Bureau meeting on Monday in New York, which aims to “strengthen Africa’s voice” in achieving the sustainable development goals (SDGs).

“It is also a question of finding practical measures to help Africa achieve the objectives of Agenda 2030 for sustainable development, particularly with regard to statistics,” El Ouafi told MAP.

During its meeting on Monday, the ARFSD Bureau discussed the implementation of the Marrakech Declaration issued at the end of the 5th session of the Forum held last April in Morocco, which calls for the creation of a Statistics Fund in Africa covering the four main SDGs relating to agriculture, education, energy and health.

The meeting of the ARFSD Bureau also agreed to hold a forum on the exchange of practical databases on governance frameworks among member countries, with the objective of triggering a process of cooperation between these countries and providing a kind of mapping for the implementation of the four SDGs in question.

For her part, ECA executive secretary praised the preparation and adoption, under the Moroccan presidency of the ARFSD, of this action plan to promote the achievement of the SDGs in Africa, El Ouafi added.

The meeting was organized on the sidelines of the High-Level Policy Forum on Sustainable Development, which is being held at United Nations Headquarters in New York until July 18, under the theme “Empowering people and ensuring inclusiveness and equality”.

El Ouafi is leading the Moroccan delegation taking part in this Forum that is meant to present the achievements and challenges in the implementation of the SDGs within the set deadlines.