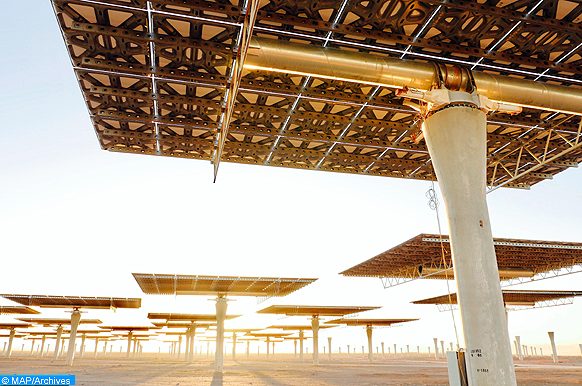 Nairobi – The Noor solar power plant in Ouarzazate was described, Thursday at the 3rd One Planet Summit, as a successful example of solar energy in Africa.

“The Noor solar power plant in Ouarzazate, in Morocco, is an example of a successful solar energy in Africa,” said African Development Bank chairman Akinwumi Adesina, who was speaking at the opening session of this first regional summit, held under the auspices of French and Kenyan presidents, Emmanuel Macron and Uhuru Kenyatta, respectively.

This high-level meeting brings together heads of State, ministers, representatives of the finance and business sectors, local governments, civil society and youth from several countries, including Morocco.

Morocco is represented at this summit by secretary of State for Sustainable Development, Nezha El Ouafi, and Morocco’s ambassador to Kenya, El Mokhtar Ghambou.

The summit is expected to address two main issues, namely the promotion of renewable energy and the strengthening of resilience, adaptation and biodiversity.