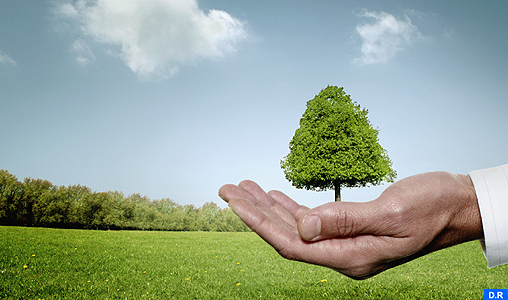 Mexico City – The ambassadors of Morocco and Israel in Mexico, Abdelfettah Lebbar and Zvi Tal, participated in the ceremony of planting trees in an urban forest in Mexico City, as part of a program initiated by the Mexican capital entitled “Green Challenge”.

A statement by the Moroccan embassy said that the joint participation of the two diplomats in this ceremony shows their willingness to further consolidate the ties of friendship and cooperation between Morocco, Israel and Mexico, especially in the field of environment and sustainable development.

The joint participation of the two ambassadors in this activity is, according to the same source, “of paramount importance given the progress that has been made in strengthening relations and cooperation between the two countries,” particularly in environmental issues.

On this occasion, the Moroccan ambassador welcomed his participation alongside his Israeli counterpart in this reforestation project in Mexico City, adding that this initiative “contributes to strengthening the friendship and cooperation between the three countries in the fight against climate change”.

The Moroccan diplomat stressed that Morocco, which has become a leader in environmental issues, is recognized by the international community as a champion in the fight against climate change.

For his part, the Israeli ambassador expressed his enthusiasm to be part of this initiative, stressing the importance of carrying out more actions in favor of the environment.

He recalled in this regard the warning issued by the Intergovernmental Panel on Climate Change against the catastrophic consequences of not acting for the environment.