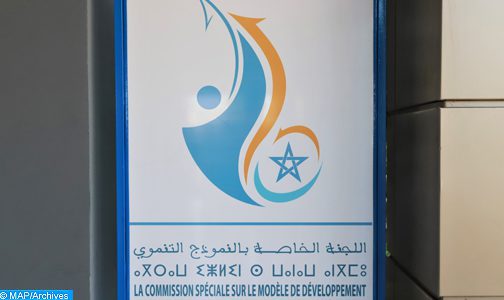 Rabat – The ad-hoc committee for the development model calls for strengthening the governance of natural resources and the resilience of territories to climate change.

The Committee underlines the need to strengthen the governance of natural resources, by ensuring the coherence of the interventions of the various stakeholders in the operational deployment of the National Sustainable Development Strategy (SNDD) and the effectiveness of the mechanisms related to the evaluation of the environmental impacts of investment programs, according to the general report of the new development model presented during the ceremony chaired Tuesday by His Majesty King Mohammed VI at the Royal Palace in Fez.

In the same regard, the Committee stresses the importance of consolidating efforts aimed at the development of agriculture, by fully integrating the constraints to its sustainability, while insisting on the rapid conversion of Moroccan agriculture towards more resilient crops to climatic hazards.

The report underscores the need to provide substantive responses to the structural constraints of Moroccan agriculture, by placing the issue of sustainability and development at the heart of the agricultural strategy, in particular through the optimization of water resources and the rationalization of agricultural energy consumption.

The new development model also encourages the adoption of a strategy dedicated to the green economy, favoring the logic of a circular economy taking into account local specificities.

The Committee also calls for the deployment of training programs dedicated to green professions and the promotion, through appropriate incentive measures, of research, development and innovation initiatives led by academic, industrial and financial stakeholders.

The cannabis and hemp sectors, which exist in some regions, can be part of the green economy, notes the same source, adding that the Committee is proposing to clarify the legal framework for this crop and to develop a support ecosystem capable of enhancing it within a controlled framework.

Regarding blue economy, the Committee underlines the need for the mobilization of all the opportunities offered by Morocco, given its vocation as a maritime nation endowed with a consequent intangible capital, adding that the actions to be undertaken will have to focus on the traditional economic sectors such as fisheries, tourism and port activities as well as on new sectors with high potential, including aquaculture, seaweed farming, shipbuilding and renewable marine energies.