​
LeadersCOP22 President: All Parties Will Respect Their Commitments 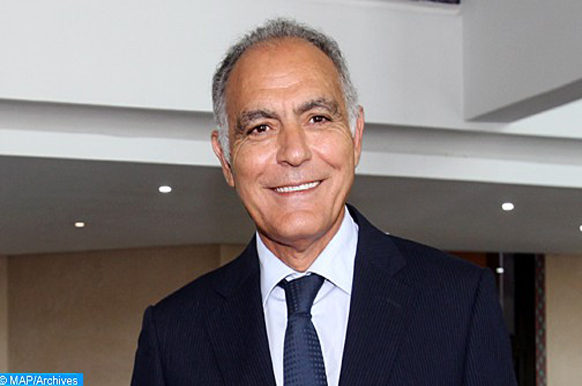 COP22 President: All Parties Will Respect Their Commitments

Marrakech, 09/11/2016 (MAP) – President of the 22nd Conference of the United Nations Framework Convention on Climate Change (COP22), Salaheddine Mezouar, on Wednesday expressed his conviction that all parties will respect their commitments and stay the course in this collective effort.

“The climate change question concerns the preservation of our livelihood, dignity and the only planet on which we all live”, Mezouar said in a statement following the results of the US elections.

The Presidency will continue discussions and mobilization in order to pursue progress already made thanks to all Parties in a spirit of inclusiveness and determination, he stressed.

As President of the 22nd Conference of Parties to the United Nations Framework Convention on Climate Change, Mezouar congratulated Mr. Donald Trump on his election to the presidency of the United States of America.

“Now that the Paris Agreement has entered into force, all countries and non-state stakeholders have the shared responsibility to continue the great progress achieved to date”, he added.