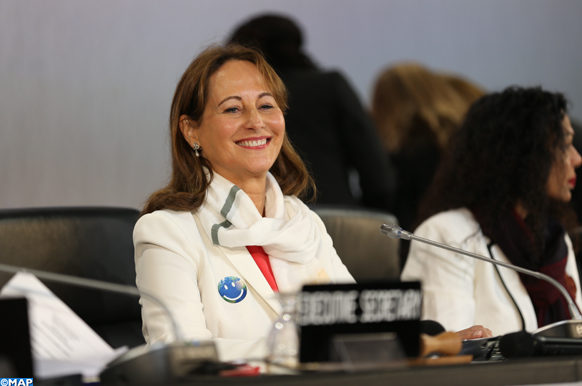 “Once more, I call for climate justice especially in Africa”, said Royal during the opening of the 22nd Conference of Parties to the United Nations Framework Convention on Climate Change (UNFCCC).

In this regard, she hailed HM King Mohammed VI’s speech on the occasion of the 41st anniversary of the Green March, in which the Sovereign stressed the importance of the COP22 for the African continent.

“Aware that Africa is one of the regions most affected by climate change, I have made sure that the Climate Conference which opens in Marrakech this week, is a conference for Africa,” stressed HM the King.

According to Royal, climate justice is meant to provide the funding and technology transfer to this continent which “suffers most from impacts of climate change, especially desertification”.

Africa is also called upon to address the challenges of population growth that will increase by 2020, she said, adding that the 10 billion dollars devoted to support the development of renewable energy across the continent, proved to be a “decision taken by Africans and for Africans.”