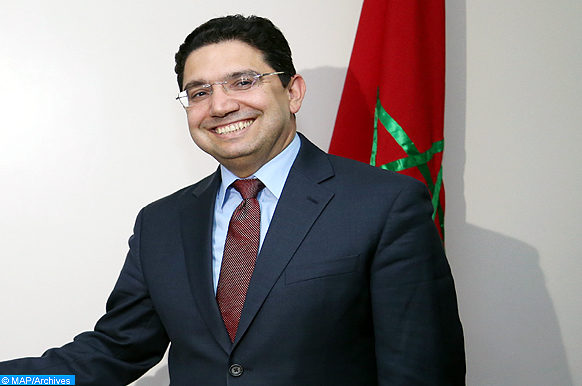 Paris – The distinguished participation of HM the King in the One Planet Summit mirrors a national commitment and is based on the sovereign’s continental vision to fight climate change, said on Tuesday foreign minister Nasser Bourita.

The presence of HM the King in this event reflects, first of all, the importance given by the sovereign nationally to the issue of climate change as shows the launch of a number of programs and projects, the minister told MAP on the sidelines of the summit, held in Paris at the initiative of French president Emmanuel Macron.

Morocco has specific ambitions concerning the reduction of greenhouse gas emission and in terms of using substantially renewable energy by the year 2030, he said, noting that the Kingdom, under the leadership of HM the King, has also developed programs on energy efficiency and renewable energy.

He recalled the ceremony of presenting, last Saturday, of the project of electric transportation ecosystem, chaired by HM the King.

Thanks to the vision of HM the King, Morocco has already adopted the logic of green economy, including the Paris Agreement goals.

The minister also highlighted HM the King’s African vision, recalling that, at the occasion of the COP 22, the Sovereign presided over the African Action Summit, where a number of concrete projects and actions were identified.

HM the King is striving to make Africa an integral part of this international effort against global warming, he said.

Bourita recalled in this regard that Morocco had hosted in 2016 the COP22, which was marked by important decisions relating in particular to the implementation of the Paris Agreement.