​
LeadersUK Very Proud to Work with Morocco on Clean Energy 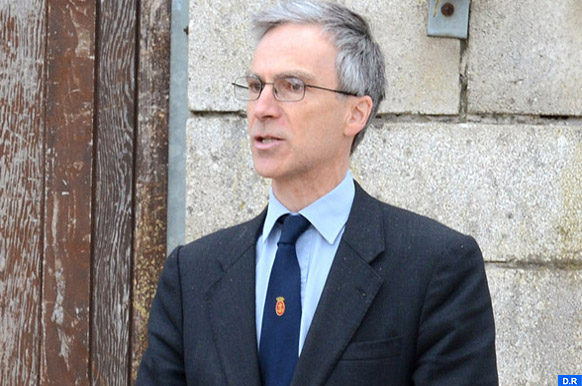 UK Very Proud to Work with Morocco on Clean Energy

Marrakesh, 11/11/2016 (MAP) – The British government said, on Friday, that it is “very proud” to work with Morocco in the strategic field of clean energy.

Murrison, who was speaking on the sidelines of the 22nd UN Conference on Climate (COP22) which is being held in Marrakech, said that Morocco made huge strides especially in the field of solar energy.

Morocco is successfully organizing this global event, he said, adding that the country “deserves praise” for its great efforts in holding this conference, which came following the enforcement of the Paris Agreement.

As for the Moroccan-British cooperation relations, the Prime Minister’s Envoy pointed out that the two kingdoms share a long history of friendship.

The British-Moroccan relations are long-standing and close, he said, adding that the appointment of a Trade Envoy to Morocco is a decision which demonstrates the strategic importance of Morocco in British foreign policy as an influential actor and reliable partner.