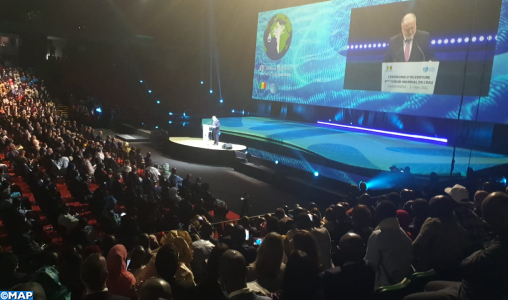 Dakar – Minister of Equipment and Water, Nizar Baraka, proceeded, Monday in Diamniadio, near Dakar, to the awarding of the seventh edition of the Hassan II Great World Water Prize, given to the Organization for the Development of the Senegal River (OMVS), in the person of the High Commissioner of the organization Hamed Diané Seméga.

The winner of the 7th edition of the Hassan II Great World Water Prize was rewarded for its commitment to the theme “Water security in the territories for sustainable development and food security”.

The awarding of the Hassan II Great World Water Prize took place during a ceremony organized on the occasion of the opening of the 9th edition of the World Water Forum, which is held until March 26 at the Abdou DIOUF International Conference Center (CICAD) in Diamniadio, under the theme “Water security for peace and development”.

It should be noted that the Organization for the Development of the Senegal River based in Dakar, has been nominated this year for the Nobel Peace Prize 2022.

The Hassan II Great World Water Prize, created in March 2000, is a joint initiative of the Kingdom of Morocco and the World Water Council, in honor of His Late Majesty Hassan II, for His enlightened and strategic vision in the field of protection and integrated and sustainable management of water resources and for His actions in favor of international cooperation and water resources preservation.