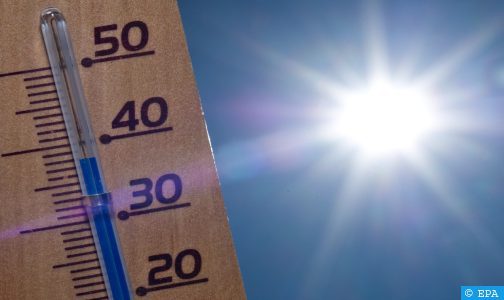 Brussels – Belgium recorded on Tuesday the third hottest day in the country’s history of observations with temperatures peaking at 36.4 degrees Celsius (97.52 degrees Fahrenheit), the Royal Meteorological Institute of Belgium said​​​.

According to David Dehenauw, head of forecasting office at the institute, Tuesday also marks the hottest July 19 ever observed, beating the old maximum of 36.2 degrees Celsius recorded in 2006.

On Monday, Belgian authorities issued a nationwide orange weather alert code due to the 40 degree Celsius heat and extremely dry weather in Europe.

The heat is not expected to ease until the end of the week and citizens are advised to stay indoors and drink more water.

Around 30 trains were canceled for fear that such abnormally high temperatures may damage the rail infrastructure and cause deformation of tracks.

This is the second heatwave in western Europe in July, with scientists saying that climate change and the greenhouse effect are largely responsible for longer and hotter summers in this geographical region. The scorching heat has, in turn, triggered wildfires, which are ravaging large swathes of forest in France, Portugal, Greece and Spain.