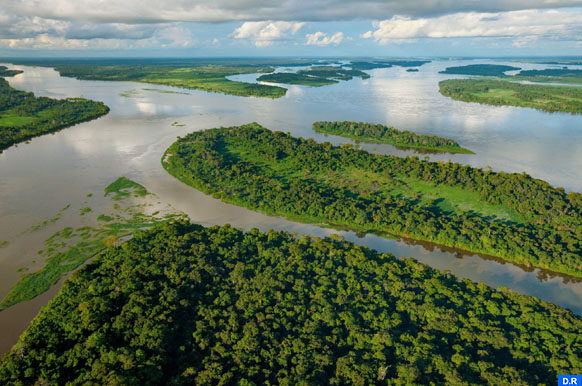 Oyo (Congo) – The memorandum for the creation of the Blue Fund for the Congo Basin, whose project was launched at the COP22 in Marrakech, was signed on Thursday in Oyo, more than 400 km north of the capital Brazzaville.

The memorandum was inked at a conference attended by ministers from African countries, including Morocco, under the chairmanship of Congolese Head of State, Denis Sassou N’Guessou, said a statement by the Brazzaville Foundation and the Blue Fund for the Congo Basin.

This initiative was listed as one of the three priorities during the Africa Action Summit, held on the sidelines of COP22.

An initiative originally introduced at COP22 by the Republic of the Congo in partnership with the Brazzaville Foundation, the memorandum commits to establish the Congo Basin Blue Fund as a means to help shift the focus of Congo Basin economies from the exploitation of forests to a new form of sustainable development based on renewable water resources of the Congo and its tributaries.

The Congo Basin is one of the world’s most important ecological systems and its forests are second only to the Amazon Basin as a global carbon sink. Preserving its forests plays a crucial role in reducing global warming.

The Congo Basin Blue Fund will finance projects in several sectors, including river transport, dredging and infrastructure, renewable energy, irrigation, fishing and eco-tourism. All offer an alternative to further deforestation.

This important regional initiative, the first of its kind in the field of environmental policy in Africa, involves the countries of the Congo Basin, namely Congo, Angola, Burundi, Chad, Central African Republic, DRC, Gabon and Rwanda.