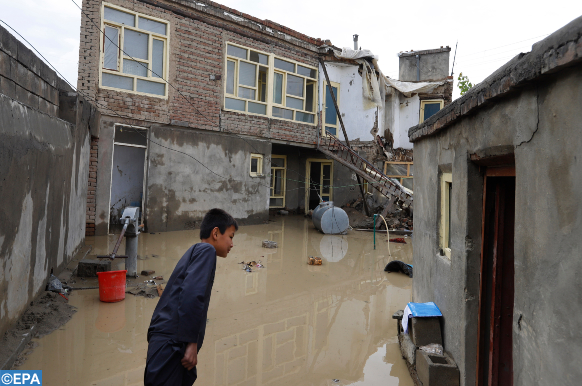 Kabul- At least 15 people were killed as a result of heavy rains and flash floods in Afghanistan’s eastern province of Nangarhar, the state-run Bakhtar news agency reported Wednesday.

Triggered by heavy rains on Tuesday, flash floods swept through the Kamdish district, killing the victims including women and children, the news agency added.

Hundreds of residential houses have been washed away or badly damaged by the flood.

According to official data, about 90 people have lost their lives and some 100 others sustained injuries due to flooding in Parwan, Kapisa, Ghazni, Wardak, Logar and Paktia provinces over the past week.