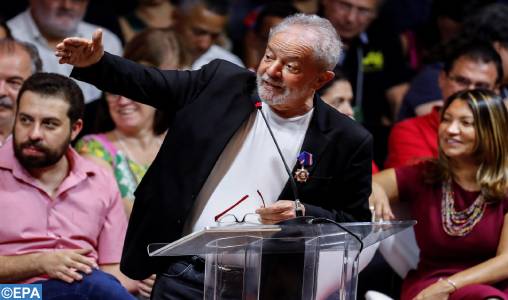 Lula (Workers’ Party, left) is in pole position for these presidential elections, about ten points ahead of the current head of state, Jair Bolsonaro (Liberal Party, right), according to opinion polls.

Silva, 64, who has been a presidential candidate three times, said that “our political alliance comes in a very serious context. Our objective is to protect democracy.

With less than a month to go before the elections, Lula has reached out to his former environment minister after years of disagreement, in a reunion charged with symbolism that could strengthen his chances, especially with the gap narrowing as the date of the election approaches.

“It is a demonstration that democracy can be exercised even when there are occasional differences. Democracy is an evolving society”, underlined Lula.

Born in Rio Branco, in the Amazonian state of Acre, Silva was in charge of the environment portfolio during Lula’s first term, between 2003 and 2007, but left the post after disagreements with the government over the conduct of environmental policy.