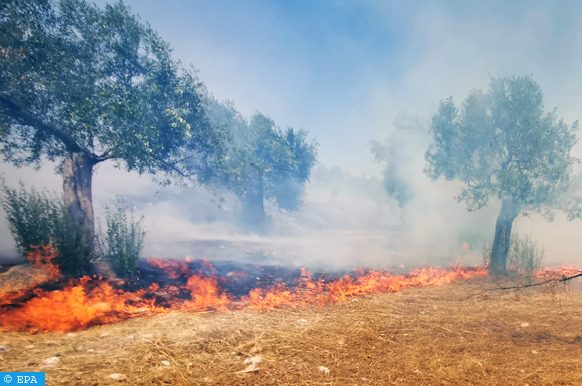 Athens – A seaside resort on the island of Midilli (Lesvos) of Greece has been evacuated due to a forest fire, while several homes and businesses were destroyed by a forest fire, local authorities said on Saturday.

An unknown number of homes and businesses have been destroyed near Vatera, a five-mile popular stretch of beach on the Aegean island, according to Taxiarchis Verros, mayor of the island’s western part.

The fire broke out in a mountainous forest and has “already reached the outskirts of Vatera,” he told local daily Kathimerini, adding that firefighters are engaged in a “huge battle to save more houses from the fire.”

The blaze, which erupted at around 10 a.m. (0700GMT), is burning on two fronts, one heading toward the village Vrisa and the other bearing down on Vatera, the fire department said.

Nearly 100 firefighters, 19 vehicles, seven planes and one helicopter are mobilized to control the fire, it added.

According to authorities, the blaze had consumed more than 800 hectares (nearly 2,000 acres) of dense pine forest.

Devastating blazes destroyed more than 2,750 hectares on Mt. Pendeli on the outskirts of the capital Athens last week, with over a dozen houses destroyed and thousands forced to flee.