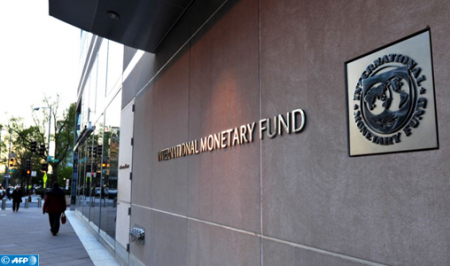 The new Climate Change Indicators Dashboard was launched on Wednesday to make it easier for countries to address the climate crisis facing the world today.

The new dashboard comes amid President Biden’s effort to address global climate change. One of the key pillars of Biden’s campaign and presidency is addressing the “profound climate crisis” the world is facing, and not just by readopting the Paris Accord which he did on his inauguration day on January 20, 2021.

One week after his inauguration, President Biden issued an “Executive Order on Tackling the Climate Crisis at Home and Abroad.” The order announced a new policy to combat the climate crisis by implementing a government-wide approach to reduce climate pollution in every sector of the US economy and, at the same time, spur well-paying union jobs, encourage innovation and economic growth, and deploy clean energy technologies and infrastructure.

The IMF has emphasized the need for member countries such as the US to conduct surveillance, monitoring, and research along with their policymaking. The Dashboard will serve as a tool to do just that. With a critical and growing need for data in macroeconomic and financial policy analysis to facilitate climate change mitigation and adaptation, the new dashboard provides an international statistical tool to address climate change that allows comparison across countries.

The database incorporates indicators that the IMF has developed in cooperation with international organizations and agencies including the Organization for Economic Co-operation and Development (OECD), the World Bank Group (WBG), the United Nations (UN), the European Commission, the European Statistical Office (Eurostat), the Food and Agriculture Organization (FAO), the International Energy Agency (IEA) and the National Oceanic and Atmospheric Administration (NOAA).

“To develop the right measures to tackle climate change, governments need robust and comparable data,” said IMF Managing Director Kristalina Georgieva. Because the new IMF Dashboard will help fill in gaps in the data, “policymakers can undertake the macroeconomic and financial analysis that underpins effective policies,” she added.