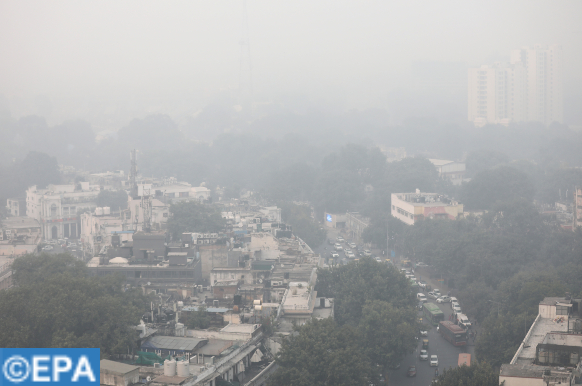 New Delhi- As India battles a serious air pollution problem in New Delhi, authorities on Wednesday extended the closure of educational institutions, as well as remote working for civil servants.

“Some important decisions have been taken … in Delhi, the construction and demolition work has been banned until November 21. In Delhi, the 100% working-from-home in government offices has been extended until November 21,” said Rai, adding that schools, colleges, institutes, training centers, and libraries would remain closed until “further orders.”

The minister also announced that non-essential vehicles would no longer be allowed to enter Delhi. “To promote public transportation, we’re starting the process from tomorrow to hire 1,000 CNG (Compressed Natural Gas) buses,” said Rai, adding that 372 water sprinkling tanks were operating in the city.

In a further measure, the Commission of Air Quality Management, a panel in the federal Environment Ministry, ordered six out of the 11 active thermal power plants within 300 kilometers (186 miles) of Delhi to suspend operations.

India’s state-run meteorological forecasting and research system said air quality in the capital was “very poor” on Wednesday and would likely remain in this category for the next two days before improving.