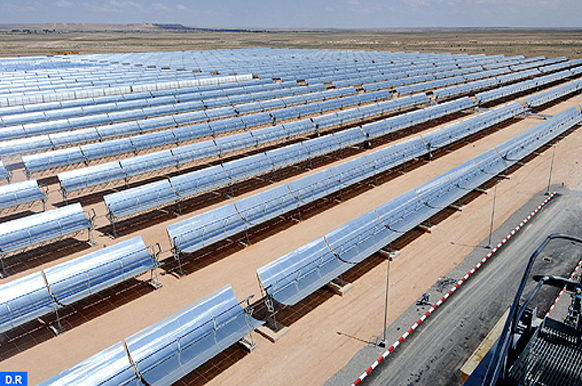 Marrakech 16/11/2016 (MAP) – At the UN Climate Change Conference in Marrakech, Germany’s KfW Development Bank signed a loan agreement for EUR 60 million, Tuesday, supporting the construction of the fourth power plant – NOOR IV – of what will be the world’s largest solar power complex.

German Development Minister Gerd Müller was present at the signing. Once the new PV plant, which will have over 70 MW of capacity, is completed, Morocco will be able to reduce its annual CO2 emissions by roughly 800,000 tonnes.

“We are supporting Morocco’s ambitious expansion targets in its transition to renewable solar, wind and water power. This is a powerful pioneering model for other countries, and plays a decisive role in reducing global emissions,” explains Dr Norbert Kloppenburg, Member of the Executive Board of KfW Group.

The first power plant of the Moroccan solar energy complex already started operation at the beginning of 2016. Germany is heavily involved in the project, which is a key component in the transformation of Morocco’s energy system. NOOR I, Arabic for “light”, has a capacity of 160 MW and will generate electricity for around 300,000 people. Within the next few years, the NOOR II – IV plants are scheduled to be connected to the grid. The complex is designed for a capacity of around 580 MW and is to supply around 1.3 million people with electricity.

Through KfW, Germany is the project’s largest financial backer. Under the commission of the German government, KfW is contributing EUR 829 million of the planned total cost of approximately EUR 2.2 billion.

The European Union, the French Development Agency (AFD) and the European Investment Bank also contribute to the financing of this mega power station. In addition to financing, part of the technical equipment comes from Germany as well: the turbines for the solar thermal system are from the German technology group Siemens, for example.

Since 2009, the Kingdom of Morocco has pursued an ambitious renewable energy strategy: by 2030 it plans to generate over half of its generation capacity from water, solar and wind power.