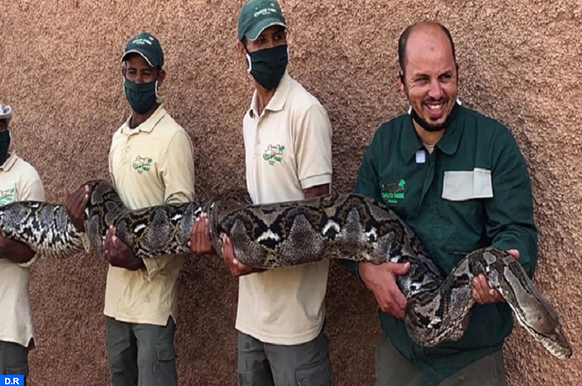 Agadir  – The longest snake in Morocco is a 6.3-metre reticulated female python that lives in Crocoparc in Agadir, said the zoological park in a statement.

Born in 2003 in Limoges at a breeder’s home, the female currently weighs 92 kilograms and lives at Crocoparc with 9 other reticulates as well as a group of green anacondas in a unique area called “La Grotte Aux Serpents” (snake cave).

The reticulated python (Malayopython reticulatus) is considered the largest snake in the world. Some known specimens have approached 8 meters in length. They live about 30 years and feed mainly on mammals and birds.

Oviparous females lay between 15 and 80 eggs and incubate them for 2 to 3 months. This snake’s skin, native to Asia, is highly prized for leather goods, which makes it a vulnerable species.

Contrary to what visitors of the Crocoparc often believe, the snakes need little food. The adult pythons, for example, 2 to 3 chickens per month are enough.

Opened in May 2015 in the suburbs of Agadir, Crocoparc Agadir is the first crocodile zoo in Morocco. It shelters hundreds of Nile crocodiles (Crocodylus niloticus) in a botanical garden of about 4 hectares. 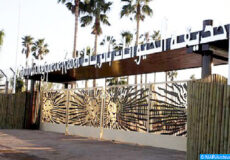