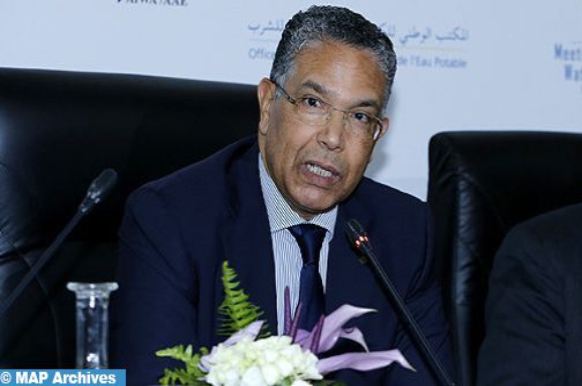 Marrakech – The management of the water deficit requires the promotion of innovative technologies in the field of water, and particularly the desalination of sea water, stressed Thursday in Marrakech, Director General of the National Office of Electricity and Drinking Water (ONEE), Abderrahim El Hafidi.

El Hafidi, who took part in a session under the theme “New solutions to an old problem: How to solve water stress” as part of the Global Investment Forum 2022, stressed the importance of developing the technique of reuse of treated wastewater, the realization of interconnections between water basins, improving water efficiency and awareness of users to rationalize water use.

While recalling the current water context of the Kingdom marked by the scarcity of water resources, El Hafidi reviewed a host of solutions proposed to address the problem of water stress.

In this context, he highlighted the proven experience of ONEE in desalination of sea water, before giving an overview of the investment program of the Office to strengthen and secure the supply of drinking water and access to liquid sanitation in different regions of the Kingdom by 2035.

El Hafidi also said that Morocco has taken “giant steps” in the introduction of renewable energy, which have enabled the Kingdom to produce electricity at a very competitive cost globally.

“Morocco is considered a model in the development of renewable energy, which has enabled the use of desalination of sea water, a technique that will allow the Kingdom to reduce its dependence on surface resources of dams and groundwater,” he said.

The Global Investment Forum 2022 was attended by several senior officials from Morocco and Israel as well as stakeholders operating in various sectors such as finance, water, energy, environment, industry, tourism, innovation and entrepreneurship.