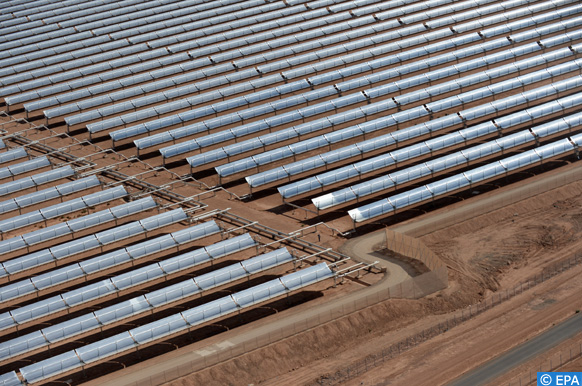 Glasgow – Morocco has 50 renewable energy projects with a total installed capacity of 3,950 MW already in operation, while more than 60 other projects are under development or implementation, said Tuesday Head of Government Aziz Akhannouch, as part of his participation in the COP26.

Speaking at the global summit of leaders on the acceleration of innovation and deployment of clean technologies, Akhannouch said that the New Development Model to which Morocco aspires has set five future challenges in strategic areas, and among them are those of “Research and Innovation” as well as “Energy”.

The commitment of Morocco to a dynamic energy transition is a voluntary political choice carried at the highest level of the State by HM King Mohammed VI, he recalled during this event which was also attended by U.S. President Joe Biden and British Prime Minister Boris Johnson.

It is a process that began more than a decade ago, through an ambitious energy strategy, based primarily on the rise of renewable energy, energy efficiency and regional integration.

“In the continuity of these efforts and in order to accelerate the energy transition, several measures are undertaken to develop biomass energy, marine energy, and hydrogen,” said Akhannouch.

Other platforms under development include hydrogen, biomass and Agro-Energy-water Nexus, as well as desalination, he told his audience composed of eminent personalities, including Prince William and Bill Gates.

Great efforts are also made to facilitate the financing of these projects through encouraging a strong participation of the national and international private sector, said Akhannouch, stressing that Morocco has taken the path of a development based on the deployment of clean technologies and the promotion of green research and innovation, and will continue to deploy its efforts in this direction.