Marrakech – The Kingdom of Morocco is counting on the support of the World Bank (WB) to promote the new strategy of the agriculture sector, which needs partners as strong and committed as this global financial institution, said, Monday in Marrakech, minister of Agriculture, Fisheries, Rural Development, Water and Forests, Aziz Akhannouch.

The Moroccan official, who met with the World Bank Director for the Maghreb and Malta, Jesko Hentschel, on the sidelines of the 2nd annual ministerial Conference of the Initiative for the Adaptation of African Agriculture to Climate Change (AAA Initiative), said that Morocco considers the World Bank as a committed and reliable partner, which has strongly backed the agriculture sector and the “Green Morocco Plan” since its launch.

During his discussions with Akhannouch, the World Bank official said he is in favor of backing the new strategy of the agriculture sector and reiterated his commitment to explore possible collaborative projects once the strategy is launched.

In a press statement following his talks with Akhannouch, Hentschel said that discussions between the two parties also tackled the issue of assessing the first phase of the “Green Morocco Plan”, adapting the agriculture sector to climate change and integrating new and digital technologies into the sector. 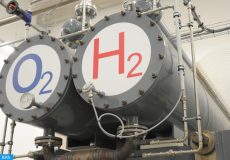