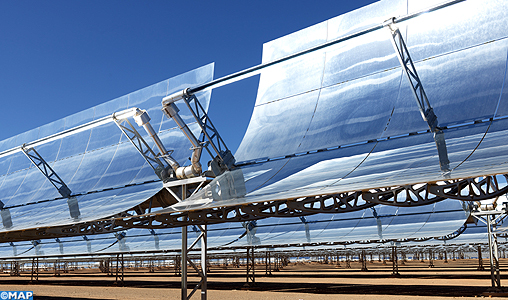 Madrid – Morocco is in the forefront of the very few countries that implement enough policies to meet their Nationally determined contributions (NDCs) as part of the commitments contained in the Paris Agreement, said a new report published on the occasion of the COP25 held in Madrid.

Morocco’s planned climate action under its National Energy Strategy includes implementing an ambitious target of 42% installed electricity capacity from renewable energy by 2020, increasing to 52% by 2030, which it is on track to achieve, said the Climate Action Tracker (CAT) in its global update.

Morocco’s Paris Agreement target is within the range of what is considered to be a “1.5°C compatible” fair share of global effort, it pointed out.

“This means that Morocco’s unconditional Paris Agreement climate commitment in 2030, even while it allows the country’s total emissions to increase, is consistent with holding warming well below 2°C, and limiting warming to 1.5°C, based on its historical responsibility and its capability,” the source noted.

In 2019, Morocco issued its 2030 National Climate Plan, the source recalled, noting that the strategy confirms the climate objective set under Morocco’s Paris Agreement pledge and lays out measures to enhance climate governance, notably by creating a National Commission on Climate Change, by improving inter-sectoral coordination, and by involving non-governmental organisations in decision-making.

The CAT has assessed in detail the impact of mitigation actions currently under implementation for Morocco, it said. “We find it very close to meeting its unconditional NDC targets under current policies due to the ambitious capacity extension of solar, wind and hydro energy.”

The Climate Action Tracker is an independent scientific analysis that tracks government climate action and measures it against the globally agreed Paris Agreement aim of “holding warming well below 2°C, and pursuing efforts to limit warming to 1.5°C.”

A collaboration of two organisations, Climate Analytics and New Climate Institute, the CAT has been providing independent analysis to policymakers since 2009.