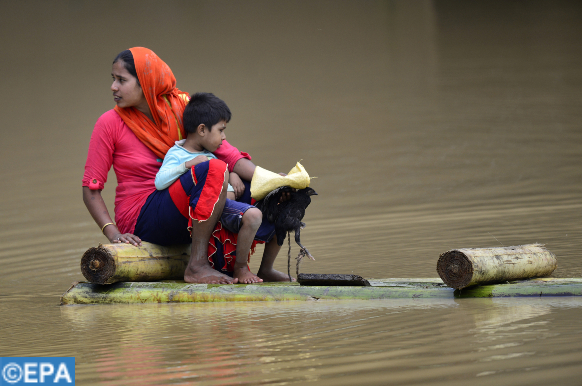 Islamabad – The death toll from rains and floods in Pakistan has reached 618 people since the beginning of the monsoon season in mid-June, according to the National Disaster Management Authority (NDMA).

The death toll included 230 children and 134 women who lived in the areas where monsoon rains have created havoc.

103 districts home to 1.08 million people have been affected by the rains, the NDMA said, adding that 10,464 people stranded by the rains and flash floods were rescued.

Over 15,000 people are living in relief camps set up by the authorities in the flood-affected districts, according to the same source.

The southwestern province of Balochistan has been hit the hardest by the ongoing monsoon season with 188 people killed and 75 others injured in roof collapse, electrocution and drowning accidents.

About 2,846 km of roads and 127 bridges were washed away by flash floods across the country, and 69,874 houses were partially and fully damaged by the rains, according to the NDMA.

According to the Pakistani Meteorological Department, heavy rains are expected to continue across the country over the next few days.