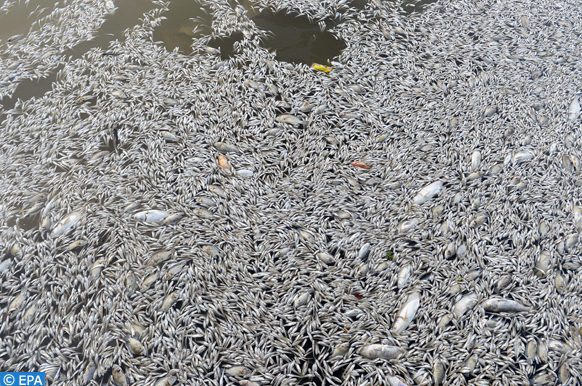 Warsaw  – Poland has asked foreign laboratories for help in uncovering the reason why fish is dying in great numbers in the Oder River, near the border with Germany, Polish Minister of Climate and Environment Anna Moskwa announced on Tuesday.

“The experts of the group on the pollution of the Oder River decided that the samples will be sent to foreign laboratories. In addition to research in Polish institutions, yesterday the samples were transferred to a laboratory in the Czech Republic​​​. Today they will be delivered to the Netherlands and the UK,” the official wrote on Twitter.

In late July, thousands of dead fish have been found along the river. Besides dead fish, dead birds and beavers have also been found in the Oder and its vicinity for several days.

Citing results of water sample tests by German experts, German media reported on August 11 that mercury was found in the samples. Two days later, the Polish authorities denied the information.