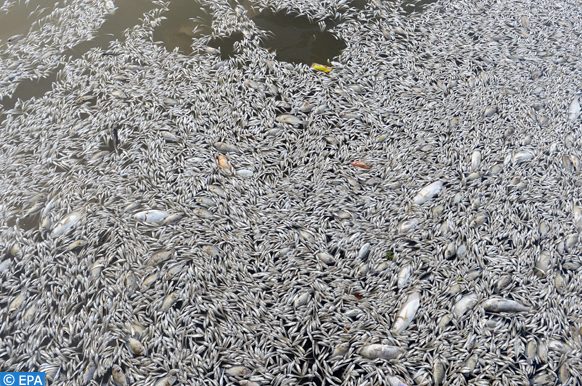 Warsaw- Polish Prime Minister Mateusz Morawiecki has admitted that his country was slow to react to an ecological disaster unfolding in the Oder River.

Thousands of dead fish have been found along the river running between Poland and Germany, with both countries warning of an environmental disaster. Besides dead fish, dead birds and beavers have also been found in the Oder and its vicinity for several days.

The Polish government has stressed the need to find and punish those responsible for the disaster.

According to Deputy Climate and Environment Minister Jacek Ozdoba, they are most likely dealing with a crime where a substance was introduced into the water.

The police chief has set a one million zlotys ($220,200) reward for help in finding the perpetrators.

The Oder river flows to Poland from the Czech Republic, and then along a long stretch is a border between Poland and Germany.