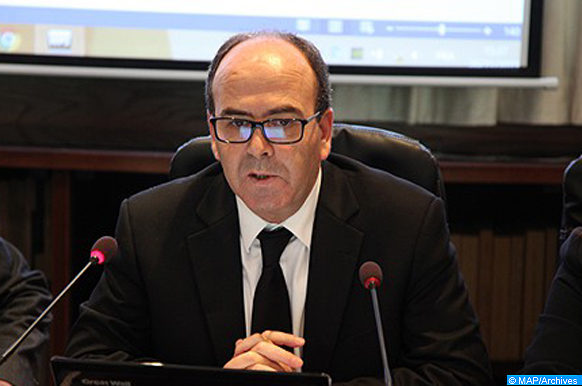 Rabat, 14/02/2017 (MAP) – Speaker of the House of Advisors Abdelhakim Benchamach called, on Monday in New York, on national parliaments to take concrete measures to raise awareness on threats to seas and oceans and share the best practices in order to bring national laws into line with provisions laid in the Paris Agreement.

Speaking at a meeting organized by the UN and the Inter-Parliamentary Union (IPU) under the theme: “Blue World: preserve oceans, protect the planet and ensure well-being of humans as part of the Program on Sustainable Development by 2030, Benchamach urged the IPU to endorse the holding of concomitant sessions in member parliaments (June 8 which coincide with the World Oceans Day) to help these law-making bodies to undertake concrete initiatives to raise awareness concerning the threats posed to seas and oceans, said a statement by the House of Advisors.

Morocco, which chairs the conference of Parties to the UN Framework Convention of Climate Change (COP22), is very aware of the inevitability of fighting climate change, including dangers facing oceans, said Benchamach.

Morocco is acting in this regard for different reasons as having a 3,500-km coastline, he said, highlighting the legal arsenal adopted by Morocco in relation with the environment.

He recalled the framework law which acts as the national charter on sustainable development, elaborated pursuant to international standards on climate, as well as the coastal law adopted in June 2015 by the Moroccan parliament.