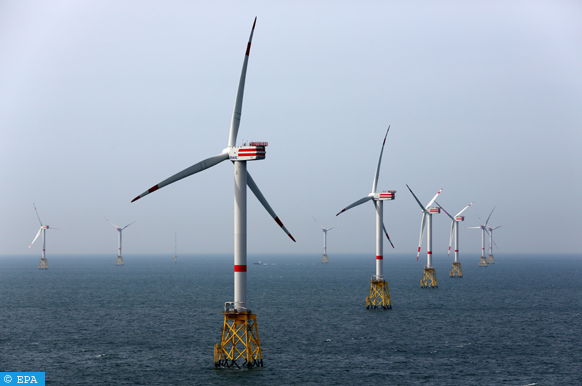 Washington, – The United States hopes to create some 77,000 jobs over the next decade with its 30-Gigawatt (30,000 megawatts) offshore wind energy project that will meet demand of some 10 million homes, the White House announced on Monday.

“The Departments of Interior, Energy, and Commerce are announcing a shared goal to deploy 30 gigawatts of offshore wind in the United States by 2030, while protecting biodiversity and promoting ocean co-use,” the White House said in a mission statement.

“Meeting this target will trigger more than 12 billion dollars per year in capital investment in projects on both US coasts, create tens of thousands of good-paying, union jobs, with more than 44,000 workers employed in offshore wind by 2030 and nearly 33,000 additional jobs in communities supported by offshore wind activity,” according to the same source.

The project will generate enough power to meet the demand of more than 10 million American homes for a year, and avoid 78 million metric tons of carbon-dioxide (CO2) emissions.

Renewable energies are at the core of US President Joe Biden’s “Build Back Better” plan to steer America out of the coronavirus pandemic into new areas of growth that will create jobs by the thousands while drastically slashing the CO2 footprint in the world’s largest economy.

His administration is reducing its reliance on fossil fuels oil and gas to halve the US rate of emissions by 2030 under the US target for the Paris climate agreement.