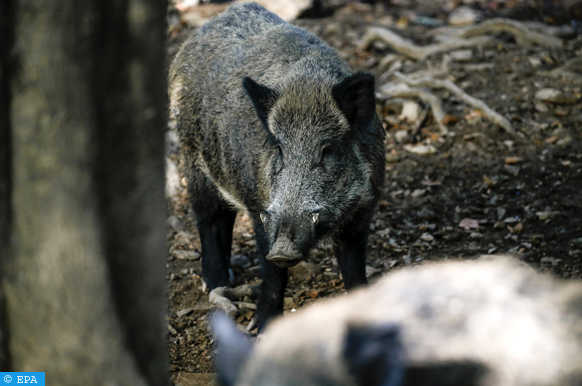 Rabat – The Department of Water and Forests has formally denied the content of several photos and videos circulating on social networks, according to which several dozen wild boars were invading towns in the Kingdom, including Ifrane and Kenitra (Sidi Boughaba).

Investigations carried out by the Department of Water and Forests have shown that the photos and videos were taken and filmed outside Morocco, says the ministry of Agriculture, Fisheries, Rural Development and Water and Forests in a statement.

This is the case, for example, of a video showing a herd of wild boars in the streets of a town claiming to be Ifrane, while the video was filmed in Switzerland, notes the same source, adding that another video shows several dozen wild boars filmed by the driver of a vehicle on the edge of a forest track and claiming to be from the Sidi Boughaba biological reserve, near the town of Kenitra, when in fact it was filmed in Spain.

Furthermore, in order to improve vigilance in the field, the Department of Water and Forests has, since the announcement of the confinement, sent a note to all its units for the surveillance of wildlife, especially wild boar, to collect all elements of risk assessment on the inhabitants and their property, the statement notes.

As part of its strategy to combat the risks posed by wild boar, the said Department has recently stepped up the measures taken to regulate the numbers of this species.