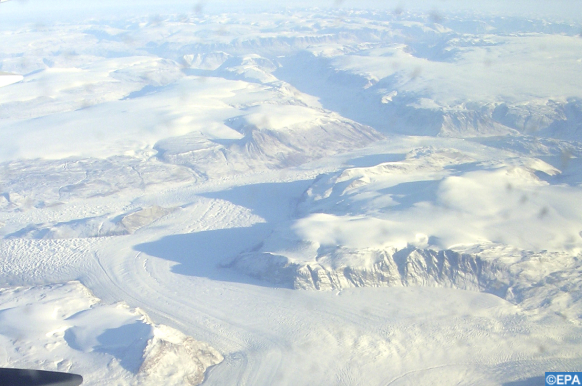 Geneva – A new and disturbing high temperature record for the Arctic of 38 degrees Celsius, or just over 100 degrees Fahrenheit, was confirmed by the World Meteorological Organization (WMO) on Tuesday.

Worryingly, the temperature reading taken last June in the Siberian town of Verkhoyansk – which is located 115 kilometres north of the Arctic Circle – is “just one of a series” of potentially record-breaking observations from around the planet in 2020 that the agency is seeking to verify.

“The World Meteorological Organization has this morning recognized a temperature of 38C which is a staggering 100.4F in the Russian town of Verkhoyansk,” WMO spokesperson Clare Nullis told journalists in Geneva.

Describing the temperature as “more befitting the Mediterranean than the Arctic”, WMO explained in a statement that average temperatures over Arctic Siberia reached 10C above normal for much of last summer.

“If you cast your mind back to last year, you will recall there was an exceptional, prolonged Siberian heatwave, as a result of this heatwave we saw devastating and very widespread Siberian fires and we saw massive Arctic sea ice loss at the end of the summer season,” Ms. Nullis said.

The furnace-like conditions also contributed to 2020 becoming one of the three warmest years on record, the WMO spokesperson explained, adding that the Siberian heatwave “would have been almost impossible without climate change”.

In response to the record Arctic heatwave, the UN agency also created a new category for record temperatures. In WMO’s Archive of Weather and Climate Extremes, the new category is listed as “highest recorded temperature at or north of 66.5⁰, the Arctic Circle”.

Ms. Nullis underscored that climate change has also pushed up temperatures elsewhere, which the UN agency is busy verifying.
These include a new high in the Antarctic continent of 18.3C that was recorded at the Argentinian base, Esperanza.
WMO investigators are also seeking to verify temperature readings of 54.4C recorded in both 2020 and 2021 in the world’s hottest place, Death Valley in California.

In addition, they are also assessing a new reported European temperature record of 48.8C in the Italian island of Sicily this summer.

“The WMO Archive of Weather and Climate Extremes has never had so many ongoing simultaneous investigations,” said WMO Secretary-General Petteri Taalas, in a statement.