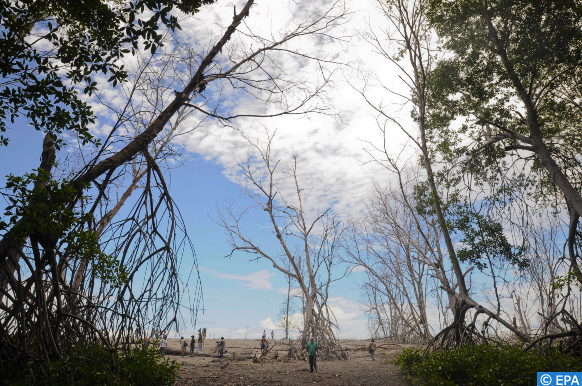 “Morocco is ranked higher than all EU Member States except Denmark and Sweden – showing that the country can be a real regional leader in this regard for the African continent,” it said.

That the Kingdom of Morocco is in the top world ranking is the result of a strategy carried at the highest level of the state, with dedicated institutions, adapted regulations and quantified objectives, EU Political Report added, quoting Saïd Mouline Director General of the Moroccan Agency for Energy Efficiency (AMEE), Head of the public-private partnership division at COP22.

“Add to this good governance and periodic monitoring, and the results are there,” he said.

Three developing countries are among the top ten in the ranking published on December 7, namely Morocco (7th), Chile (9th) and India (10th).

This year’s index paints a mixed picture of the climate action in the EU, which now stands at a crossroads. Scandinavian EU countries, Portugal and the EU as a whole rank high on the index with relatively good indicators. However, Hungary, Poland and the Czech Republic stand out as laggards on climate progress within the bloc.

Quoting Stephan Singer, Senior Advisor, Global Energy Policies of Climate Action Network, the portal notes that many smaller nations like Portugal, Morocco, Chile and others in Europe perform much better.

Since 2005, the CCPI has provided analysis of countries’ climate protection performance. Produced by German Watch, Climate Action Network International and the New Climate Institute, it creates transparency in climate policy, makes it possible to compare climate protection efforts, and lets you see progress and setbacks.