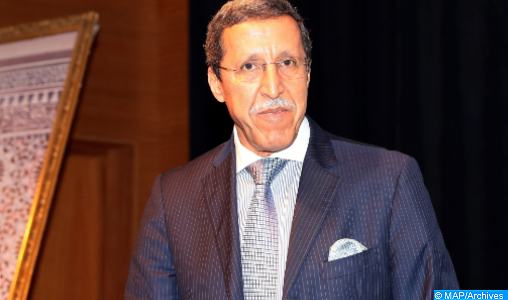 United Nations – The key role of the private sector’s commitment to climate action was highlighted, on Friday in New York, at a meeting of the Group of Friends on Climate Change, which was co-chaired by Permanent Representative of Morocco to the UN, Ambassador Omar Hilale, and his French counterpart Nicolas de Rivière.

This meeting was attended by the Executive Director of the United Nations Global Compact Sanda Ojiambo, the CEO of the Office chérifien des phosphates (OCP Group) Mostafa Terrab, and the CEO of BNP Paribas America bank Jean -Yves Fillion, as well as by several ambassadors of UN member states.

Speaking on this occasion, Hilale underlined that a healthy planet is essential to achieve the objectives of sustainable development, noting how “it is fundamental for the private sector to prosper and to be a real actor of climate action and job creation.”

Under the visionary leadership of HM King Mohammed VI, Morocco continues to invest in the climate by considerably increasing the share of renewable energy in the energy mix, by building a large solar power plant and numerous wind power plants, by consolidating the African Agriculture Adaptation Initiative, and by ensuring better management by the agricultural sector of risks related to climate change and water management, said Hilale.

In his speech, the CEO of OCP Group warned of the adverse consequences for the planet if the global food system maintains its current trajectory, noting that 1.4 trillion metric tons of greenhouse gas will be emitted only by food production by 2100 if nothing is done.

Terrab pleaded in favor of improving agricultural practices, especially in Africa, noting that fertilization has “an important role to play in this regard” to promote optimized and intensive agriculture.

Terrab indicated that the OCP Group is committed to achieving zero net carbon emissions before 2040, noting that the Moroccan company has already succeeded in tripling its industrial capacity while maintaining its carbon footprint at the same level through investments in logistics and renewable energy.

He called for the promotion of a “green revolution” in Africa, similar to what has been done in India and Brazil.

For her part, the Executive Secretary of the United Nations Global Compact said that there can be no solution to the climate crisis until companies take responsibility for the current situation, stressing the importance for the private sector to seize the opportunity and potential to contribute to the transformation needed to bring the global economy back to net zero.

The CEO of BNP Paribas America, for his part, said that it is essential to set clear objectives in terms of adaptation and to find a way to reconcile the quest for profit with the reduction of GHG emissions.