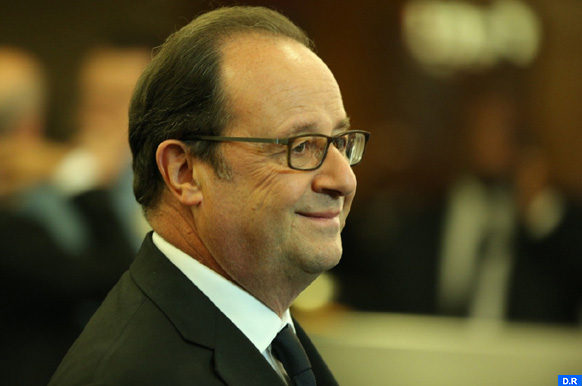 Paris, 10/11/2016 (MAP), Actions that France intends to take in Africa mainly within the framework of the UN Conference on Climate Change (COP22), held in Marrakesh, show its determination to act at the level of development, said on Thursday President François Hollande following a meeting with Tunisian Prime Minister Youssef Chahed.

“France is here to act at the level of development and what we are doing for Tunisia is an example. What we will do in Africa as part of the COP22 will be a new example of it,” said Hollande in a statement to the press from the Elysee.

He reiterated France’s support for Tunisia’s democracy efforts, recalling that his country is the first partner, investor and donor of Tunisia.

“We think that Tunisia is a country that boasts important assets and should be supported by our enterprises. In this regard, the head of government made contacts with the French enterprises and we encourage them to invest in Tunisia, he added.