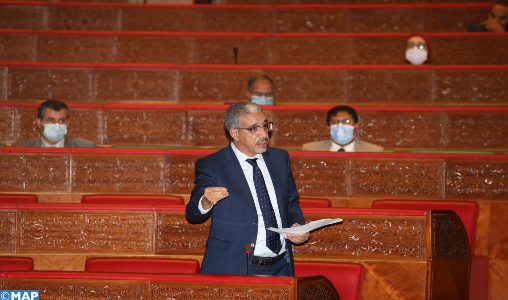 Rabat – A specialized commission has been created to prepare, by January 2021, a roadmap for developing marine current energy, said Minister of Energy, Mining and the Environment, Aziz Rebbah.

The announcement was made at a video conference dedicated to examining ways to exploit ocean current, according to a release by the Ministry of Energy, Mines and the Environment.

The body includes representatives from the Energy and Mines sector, the Moroccan Agency for Sustainable Energy (MASEN), the National Office of Electricity and Drinking Water (ONEE) and the Solar Energy and New Energy Research Institute (IRESEN).

This initiative is in line with similar efforts in the areas of natural gas, hydrogen and biomass. The video conference focused on marine current energy, either tidal power or ocean wave energy, the release added.

On this occasion, Rebbah highlighted the need to conduct a joint reflection process on the ways to adequately exploit ocean current energy, calling for developing medium and long-term projects to diversify energy sources, in accordance with the objectives of the National Energy Strategy.

In this sense, he pleaded in favor of supporting these actions through stronger scientific research in this field.

HM King Mohammed VI called for the development of a real maritime economy in Morocco’s Southern Provinces, which boast significant resources and capabilities that can make them act as a bridge between Morocco and its African roots, the minister said.

Participants in this virtual meeting stressed the importance for Morocco to join the dynamics of these new energies given the fact that marine renewable energy should undergo great development over the next decade.