​
newsFrance to Invest $34Bln to Decarbonize Economy Under 2030 Strategy – President 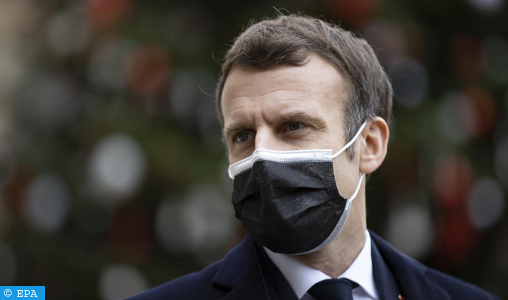 Paris – France will invest 30 billion euros ($34 billion) in projects aimed at the development of advanced technology and de-industrialization under a new national investment plan, President Emmanuel Macron said on Tuesday.

Presenting the France 2030 plan at the Elysee Palace, Macron outlined the importance of more “public investments to create growth, jobs, and industrial independence.”

“The 2030 strategy is to invest 30 billion euros to cover this deficit, which is to some extent France’s growth deficit,” Macron said in the presentation.

As published by the Elysee Palace, the strategy addresses 10 priority goals heavily inclined toward the economic and energy sectors.

Such goals include the creation of small-scale nuclear reactors with better waste management; production of up to 2 million electric and hybrid cars, as well as the first low-carbon plane; making France the leader in green hydrogen; decarbonization of French industry; and production of “sustainable and traceable” food products.

Additionally, France is determined to boost the production of “cultural and creative content” and the exploration of space and seabed, as well as producing 20 biomedicines against cancer and chronic diseases.