​
newsFrench Parliament Votes to Include Climate Change Clause in Constitution 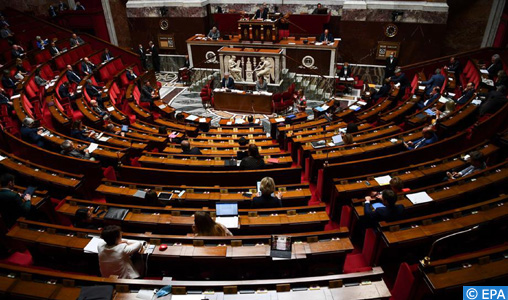 French Parliament Votes to Include Climate Change Clause in Constitution

Paris – The lower house of the French parliament, the National Assembly, on Tuesday voted in favor of amending the country’s constitution with provisions that include climate and biodiversity protection.

The 391-47 vote on the climate bill marks the first step towards a referendum on the constitutional amendment.

According to Justice Minister Eric Dupond-Moretti, this bill is a “real chance that [the French] will go to the referendum promised by the president.”

In December, French President Emmanuel Macron announced his intention to hold a nationwide referendum on constitutional amendments related to the fight against climate change.

The amendments are set to add notions of biodiversity, the environment and the fight against global warming to the basic law’s Article 1.

In late June, Macron voiced his support for the initiative to add provisions on biodiversity and the fight against climate change to the country’s constitution. The French leader proposed allowing the lawmakers to discuss the initiative and then hold a referendum in 2021.