​
InitiativesGovernment Is Working to Remedy Shortage of Drinking Water – Official 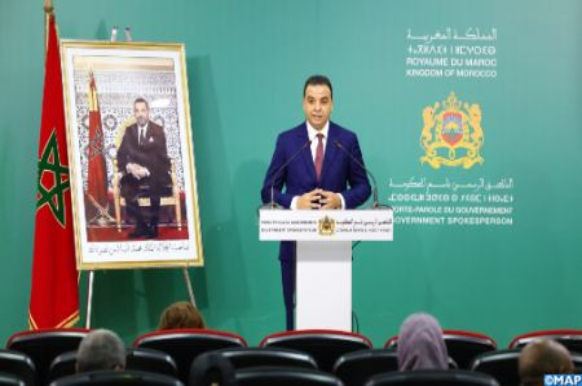 Government Is Working to Remedy Shortage of Drinking Water – Official

Rabat- The government continues to work to remedy the problem of drinking water shortage in the Kingdom, said Thursday in Rabat, the Minister Delegate in charge of Relations with Parliament, Government Spokesman, Mustapha Baitas.

The issue of drinking water is one of the most important items on the agenda of the Government, said Baitas, reacting to questions of reporters during a press briefing following the weekly Cabinet meeting.

Rainfall in Morocco has been below average for four successive years, he said.

According to the minister, the government continues its efforts to remedy the deficit recorded in a number of basins, by transferring water from other basins. efforts are also being made in the field of desalination of seawater, added Baitas, who announced the upcoming entry into service of the desalination plant of Laayoune to meet the needs of the population.

The tender for the desalination plant in Casablanca has been launched, while the station in Dakhla “is on track” and the Sidi Ifni station should be operational by the end of the year, he stated.

Mr. Baitas called for increased awareness of the need to preserve the vital resource that is drinking water.

Head of Government Aziz Akhannouch chaired, on June 22nd, 2022, the signing ceremony of a memorandum of understanding (MoU) and partnership agreements between the public and private sectors for the creation of a water desalination plant and a wind farm in Dakhla.

This project also concerns drinking water for the city of Dakhla and its surroundings (Bir Anzarane and the new Atlantic Port of Dakhla) by creating a new desalination plant of seawater.