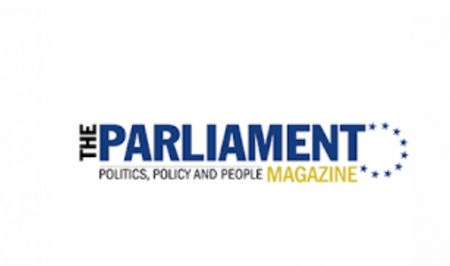 Brussels – Morocco has become a green energy bridge between Europe and Africa, wrote the European publication “The Parliament Magazine”.

In a contribution signed by Ghalia Mokhtari, climate and energy specialist at the Moroccan Institute for Strategic Intelligence (IMIS), the European magazine emphasized that Morocco is today a leader in the renewable energy sector in North Africa and in the African continent as a whole.

Thanks to its privileged geographical location with access to the Mediterranean and a very long coastline on the Atlantic, the Kingdom is well equipped to achieve its ambition of becoming a real Mediterranean energy hub and key partner of Europe, according to the publication.

For the magazine, developing a regional energy strategy in partnership with the European Union, in particular a green strategy, would enable Morocco to play a major role in the creation of a Mediterranean energy hub in southern Europe, “guarantor of energy security of Europe and the world”.

In addition, facilitating South-South cooperation – among developing countries – would also benefit countries of the North, which, in exchange for technical and financial assistance, often benefit from projects which they help to develop, because their counterparts in the South are becoming major energy suppliers, it explained.

“The Parliament magazine” recalled that Morocco has already taken measures to achieve its objective of partnership with Europe, with the announcement of the Morocco-Nigeria gas pipeline project in 2016, which will help position the Kingdom as a hub between the southern shore of the Mediterranean and African energy-exporting countries.