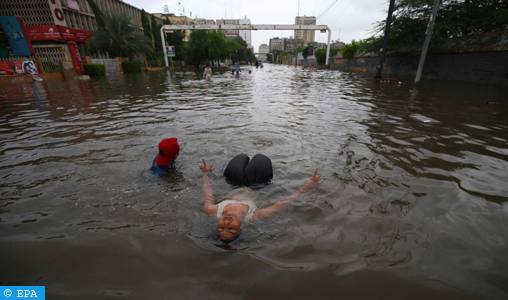 Islamabad – Floods that have hit much of Pakistan since mid-June have left 903 people dead, 1,300 injured and about 50,000 displaced, the country’s Disaster Management Agency announced Wednesday.

In the past 48 hours, 126 people have been killed in flood-related incidents, the National Disaster Management Authority said, adding that most of the victims have been women and children.

Thousands of people, whose homes were washed away by the floods, are now living in tents, miles away from their villages and towns.

Flash floods caused by monsoon rains have damaged up to 129 bridges across the country, disrupting the supply of fruit and vegetables to markets and causing prices to rise.

After affecting much of southwestern Balochistan and eastern Punjab province, the floods are beginning to affect southern Sindh province as well.