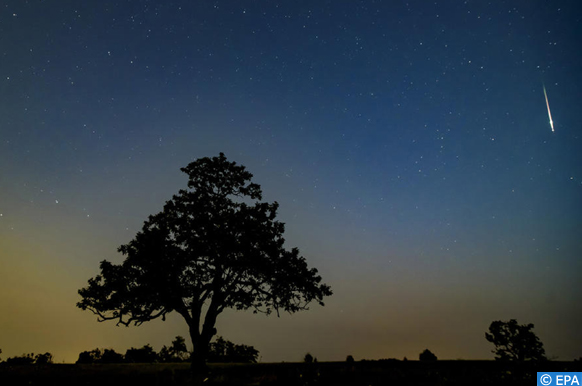 Montreal – The night of August 12-13 will offer meteor enthusiasts a breathtaking show of comet debris crossing the sky, according to the International Meteor Organization.

Each August, a free show of comet debris crossing the sky provides a spectacular night for meteor enthusiasts. For this year, the best time to observe as many as possible will be the night of August 12-13, the Organization said in a statement.

The Perseids are one of the most anticipated shooting star showers each year and take place from mid-July to the end of August. Next Friday night and Saturday will be the time when Earth moves through the thickest part of the debris left behind by Comet 109P/Swift-Tuttle, tiny pieces of particles burning up in the atmosphere at 59 km/s.

Some of the debris may be larger than the normal grain-like particles and may create bright fireballs that light up the sky. However, the full moon could play tricks on amateurs this year as it will cause the sky to be brighter and, therefore, only the brightest meteors will be visible.

The Perseids are also known in countries with Catholic tradition as the Tears of Saint Lawrence because his saint’s day is celebrated on August 10. During the Middle Ages and the Renaissance, the Perseids took place on the night he was remembered.

The oldest record of Perseid activity dates back to 36 A.D., from the Chinese historical annals where a peak of meteors is cited at that time, but it was not until 1835 that the Belgian astronomer Adolphe Quetelet showed that a meteor shower occurs cyclically in August, with its radiant at Perseus (a northern constellation).