​
newsProducers, Consumers of Water Must Opt for Integrated Management – Minister 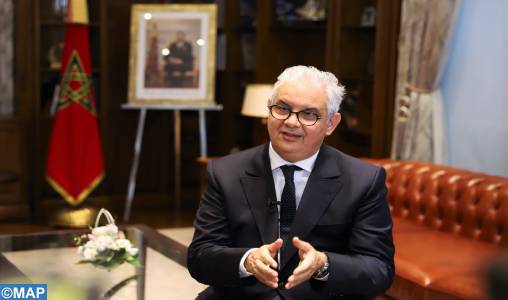 Rabat – It is time for both producers and consumers to opt for an integrated management of water, said Friday in Rabat, the Minister of Equipment and Water, Nizar Baraka.

The integrated management of water is able to ensure a more effective, more efficient and more profitable use, which will ensure, at lower cost, drinking water to all citizens, as well as water dedicated to irrigation and all economic activities, Baraka told MAP.

The New Development Model has raised the issue of water, stressing that Morocco will face great pressure because of climate change, said the Minister, noting that the transition today goes from the phase of water shortage to that of water scarcity.

In this regard, the Minister noted the existence of great disparities in this area, citing the regions of Loukkos where each citizen has about 600 to 700 m3 per year, while this average does not exceed 100 m3 / year in the southern regions.

Baraka also focused on the problem of rainfall which is concentrated mainly on 7% of the country’s overall area. This requires more efforts, he insisted.

To meet these challenges, efforts are made to secure water from dams. The launch of a major program has resulted in the completion of 11 dams, he said, adding that the goal is to build 20 dams by 2027.

The ministry is also working on desalination of water to mobilize water resources possible, said Baraka, adding that his department is also working to exploit the wastewater after treatment.

“Only 58 Mm3 of these waters are currently exploited, while it was planned, according to the national water strategy, to reach 300 Mm3,” he pointed out.

The Moroccan minister also highlighted the problem of channels and losses recorded at their level, stressing the need to manage the demand for water, in light of the pressure on water resources in the agricultural sector.

The dimension of water efficiency must also be integrated into the future vision of cities, stressed Baraka, noting that meetings with relevant departments (agriculture, housing, urban planning, energy transition and sustainable development) were held with the aim of creating working groups to master these points, ensure the sustainability of water for citizens and economic activities and enhance the use of water.

In addition, awareness campaigns for the benefit of citizens on the importance of rational consumption of water will be organized, said the Minister, emphasizing the need to preserve the water table and feed it for future use in the event of a possible succession of drought years.