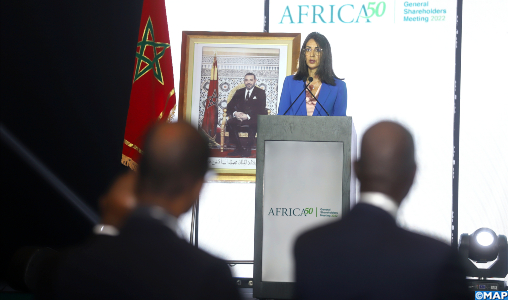 Marrakech- A protocol of agreement for the development of green infrastructure and climate-resilient projects in Africa was signed Tuesday in Marrakech between the pan-African infrastructure investment platform “Africa50”, the African Development Bank (AfDB), and the African Sovereign Investors Forum (ASIF).

Initialed on the sidelines of the Africa50 General Shareholders’ Meeting, the agreement follows a letter of intent signed last June in Rabat during the launch conference of the ASIF.

Under this agreement, the signatory parties agree to work together to boost financing and strengthen the acquisition of skills and expertise in the infrastructure sector.

The collaboration will also focus on research and project preparation, which are key to securing financing.

“To close the infrastructure financing gap in Africa ranging between $68 billion and $108 billion per year, we need to strengthen our partnerships, both in Africa and at the international level to attract more private financing in infrastructure,” stressed Africa50 CEO Alain Ebobissé.

“This is an important step in establishing a solid collaboration between our three institutions and beyond, with a large number of African sovereign wealth funds to help bridge the infrastructure gap on the continent,” he added.

Held under the theme “Accelerated and Resilient Recovery,” the Africa50 shareholders’ meeting was attended by African Ministers of Finance and other senior government officials representing Africa50’s shareholder countries, as well as heads of institutions, the diplomatic corps, and distinguished business leaders from Morocco, Africa and globally.

Africa50 is an investment platform created by African Heads of State and the AfDB with the aim of developing and investing in high-impact infrastructure projects through public and private funds. 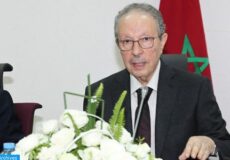 High Commissioner for Planning Calls for Change in Agricultural Policy