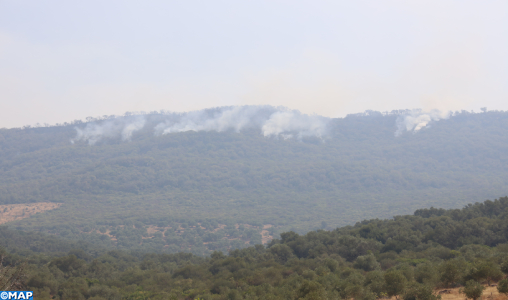 Tetouan- Fire-fighting intervention teams succeeded Monday in controlling the wildfire that broke out in the Bni Idder forest in the commune of Kharroub, Caïdat Jbel Lahbib (province of Tetouan), and which ravaged 500 hectare, local sources said.

Teams under the National Office of Electricity and Drinking Water (ONEE) mobilized to repair the damage sustained by the connection networks and failures caused by the fire and to expedite the restoration of the connection to the normal state, they said.

The sources reported an emergency landing incident of a “Turbo Trush” aircraft that was involved in firefighting operations on Sunday. The pilot was not injured.

On Sunday, intervention teams were able to control the fire that broke out in the forest of Bni Idder on the north side. The safety of most inhabitants of the villages surrounding the area of the blaze was ensured.

To contain the fire, ground intervention teams, including elements of the Royal Armed Forces, the Gendarmerie Royale, the Auxiliary Forces, the Civil Protection and the water and forestry services, in addition to local authorities, agents of the National Promotion and local volunteers, have been mobilized.

Similarly, equipment and logistical and technical means, including fire tanker trucks, first response trucks, ambulances and other machinery have been made available to extinguish the fire. 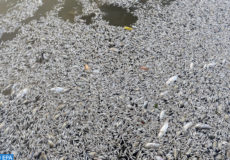 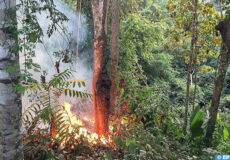 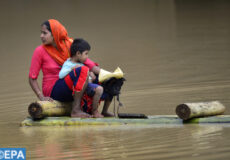