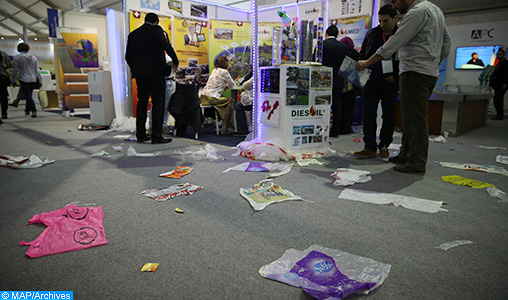 The first workshop is located in douar Dar Laarej (Marrakech prefecture), and the other one is located in Douar Ouled Hadda (Médiouna province), the same source noted.

These operations resulted in the seizure of seven tonnes 771 kg of plastic bags, two tonnes 150 kg of plastic in rolls, four tonnes 878 kg of raw material (polyethylene) and one tonne of plastic waste, as well as 18 manufacturing machines.

The investigation is under way, under the supervision of the competent public prosecutor’s office, to arrest and bring to justice the persons involved in these two cases, the statement concluded.