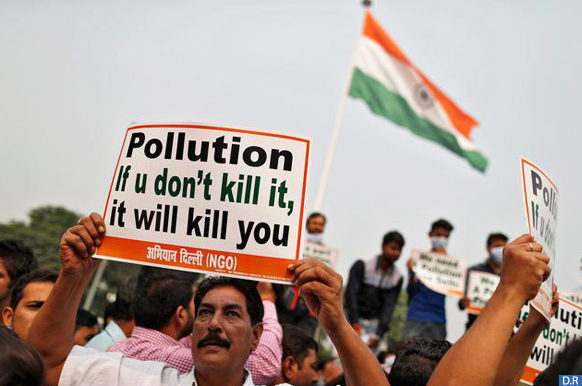 At COP 22, India will Highlight Climate Impact on Himalayas: Expert

New Delhi 08/11/2016 (MAP) – India will host a special side event during the UN Climate Change Conference (COP 22) which kicked off Monday in Marrakech on the 12 Himalayan States that face the impact of a changing climate, an Indian expert said.

The Himalayas provide water to 1.3 billion people in Asia, but have been inadequately represented over the past three decades in climate change discussions, P.P Dhyani, Director of the Almora-based G.B. Pant National Institute of Himalayan Environment and Sustainable Development, told Indian Newspaper “The Hindu”.

“Currently, the Himalayas are not spoken about even at discussions in international forums on mountain countries,” he added.

Dr. Dhyani said the Centre has asked the G.B. Pant Institute to represent the 12 Himalayan States at the Conference of the Parties (CoP 22) of the UN Framework Convention on Climate Change being held between November 7 and 18.

The Hindu Kush region was represented at UNFCCC by the Nepal-based International Centre for Integrated Mountain Development. At the CoP on November 17, the impact of climate change on disasters, biodiversity, livelihood, and agriculture will be highlighted. “Though the Himalayas are warming faster than the global average, they are not yet in focus,” he said. Plans to mitigate climate impact will be drawn up.